We must include chocolate in the heart month of February.  Heart health is always celebrated along with, of course, Valentine’s Day, so I wanted to put in a few plugs for that dark chocolate.

Who would believe that chocolate, that amazing, delicious, decadent treat could be healthy?   It is looking good according to cocoa researchers at a recent three-hour symposium devoted to science and technology.

Eric Ding, Ph.D., instructor of medicine, and a nutritional epidemiologist at Harvard Medical School discussed his review of 24 published studies on chocolate including more than 1,100 people.   One of the heart benefits of it is the lowering of blood pressure, a definite risk factor for particularly those over 50.  Studies have shown that consuming a small bar of dark chocolate daily can reduce blood pressure in people with mild hypertension.

It was also found that chocolate can increase HDL or “good” cholesterol as well as improve blood flow.  Even those with type 2 diabetes found improvements in their blood vessel functioning (which helps to reduce heart disease) after eating chocolate.  These cocoa scientists have now formed the International Society of Chocolate and Cocoa in Medicine.  Sounds serious!

So what is the magic ingredient in chocolate?   An antioxidant, epicatechin, is in much of the chocolate research as it appears to have an effect on the powerhouse of the cell, known as the mitochondria.  Epicatechin is a particularly active member of a group of compounds called plant flavonoids. Flavonoids keep cholesterol from gathering in blood vessels, reduce the risk of blood clots, and slow down the immune responses that lead to clogged arteries according to WebMD.

It is important to remember that milk chocolate contains added butterfat (which can raise blood cholesterol levels) and has less antioxidants and other beneficial phytochemicals,  so dark chocolate is definitely the one to choose.  The polyphenols, protective chemicals found in plant foods such as red wine and green tea, are found in comparable quantities in dark chocolate.  These antioxidants reduce the ongoing cellular and arterial damage caused by oxidative reactions.

According to John Robbins, research performed at the Department of Nutrition at the University of California, Davis, found that chocolate thins the blood and performs the same anti-clotting activity as aspirin.  (I personally would much rather opt for that ounce of dark chocolate than reach for an aspirin!)  He even stated that the polyphenols in chocolate inhibit clumping (a process called aggregation), thus reducing the risks of atherosclerosis.  This is sounding better and better!

So now that we know it is good for us …..how much can we have and not gain those extra pounds?  According to a study published in the American Journal of Clinical Nutrition, adding only half an ounce of dark chocolate to an average American diet is enough to increase total antioxidant capacity by 4% and lessen the oxidation of LDL cholesterol.  I know…..I know……that does not sound like much of a treat…..  we also have to realize not all chocolate is considered equal ~ much of the chocolate out there has had the antioxidant properties removed.  It is hard to believe that a lot of those chocolate bunnies out there will add the calories but not those antioxidants we were promised!

So what to do?  Choose a reputable source for your chocolate source.  Reach for dark chocolate with a cocoa percentage of 70% or higher. (More cocoa equals more flavonoids.)  Chocolate, cocoa, or cacao should appear first on the ingredient list, which means there’s the most of it by weight. If sugar is first on the list or you see words you can’t pronounce, steer clear, or you’ll likely be pumping yourself full of empty calories and fillers, which negate all the good stuff, says Lisa R. Young, Ph.D., R.D.N., an adjunct professor of nutrition at New York University and the author of Finally Full, Finally Slim. Also, be aware of Dutch-processed cocoa which tends to have a reduced flavonoid content.  Cocoa beans from Columbia had the highest flavonoid content because of plant variety and geography.  Go here for some great suggestions of bars to choose from.

How about you?  Do you have a favorite chocolate?  I plan to indulge once a day with my 1/2 ounce! 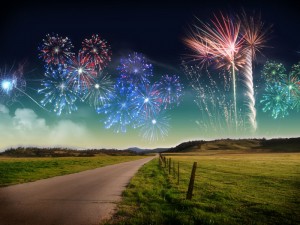 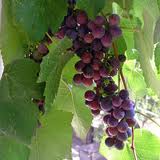